Ever since its opening inside TSPC almost two years ago, the Off-Ice Training Center has proven invaluable helping hockey players of all ages and skill levels improve their passing, shooting and stickhandling. Sense Arena technology adds another unique element to the facility.

Ever since its opening inside Toyota Sports Performance Center (TSPC) almost two years ago, the Off-Ice Training Center has proven invaluable helping hockey players of all ages and skill levels improve their passing, shooting and stickhandling.

The facility was gifted another developmental asset recently with the addition of Sense Arena, a revolutionary virtual reality apparatus that monitors and enhances how players read and react in a variety of game-like situations.

“It’s all about improving players’ hockey sense; it trains their brain,” said Mark Hardy, manager of the Off-Ice facility. “Virtually, they’re able to put themselves in a lot of high-speed, high-pressure game-like environments that, realistically, are hard to replicate during a typical on-ice practice.”

Originally implemented for exclusive use by the Los Angeles Kings and their American Hockey League affiliate, the Ontario Reign - both teams continue to access Sense Arena with regularity - the state-of-the art platform is now available to players of all ages and skill levels (due to TSPC’s current COVID-19 restrictions, only players 12 years of age and older can access the Off-Ice Training Center until TSPC is operating again at full capacity).

How does it work? Players use a standard hockey stick with wireless sensors connecting it to the Sense Arena mobile computer kiosk allowing them to make plays that replicate the feel of a game puck on their stick. Wearing the Sense Arena headset, they see the 3D model of their stick in virtual reality and are able to perform the selected drills just as they would on the ice. Other sensors are placed in the training area to help the platform monitor the action and results.

With hundreds of drills to choose from in almost every game-like scenario, Sense Arena, which is endorsed by a number of professional hockey players and executives, helps players improve their peripheral vision - allowing them to see every player on the ice and look for open shooting and passing lanes - recognize details in the game and improve their time-movement anticipation. It also helps speed up reaction and release time on shots and passes, improve spatial orientation and verbal communication and, in general, make the right decisions with the puck.

Another benefit of Sense Arena, which originated out of the Czech Republic just a couple of years ago and is now used by dozens of hockey training facilities, schools and academies worldwide (the Vegas Golden Knights also use the platform), is that it tracks players’ progress from session to session to gauge where improvements are being made and where they’re still needed. Speed levels of each drill are also properly calibrated to accommodate all ages and skill levels, from beginners to professionals.

“It’s all-inclusive which is great and brings a ton of value,” said Hardy, a defenseman who played 15 seasons in the NHL, including 11 with the Kings. “You can really tailor each drill for each specific player and set goals in terms of performance. Being able to track performance and improvement is a great motivator, regardless what kind of player is using the system.”

Logan Yovetich, a member of the Los Angeles Jr. Kings’ 16U AAA team, has been taking advantage of the Sense Arena experience at the Off-Ice Training Center and is bullish on the results.

“It’s pretty slick,” said Yovetich. “The simulation and touch and feel of the stick with the virtual puck is pretty spot-on, and so is the virtual arena setting. That and there’s a lot of different drills you don’t see often in a regular on-ice practice which is pretty neat. It definitely challenges you to think faster.”

To reserve a Sense Arena training session, contact Hardy at (424) 251-5995 or mhardy@toyotasportsperformancecenter.com. Sessions typically run a half hour in length. No equipment is required.

“The kids love it,” said Hardy. “It’s a fun and engaging way to think, learn and, ultimately, become a smarter and better player. It’s a great addition to our facility.” 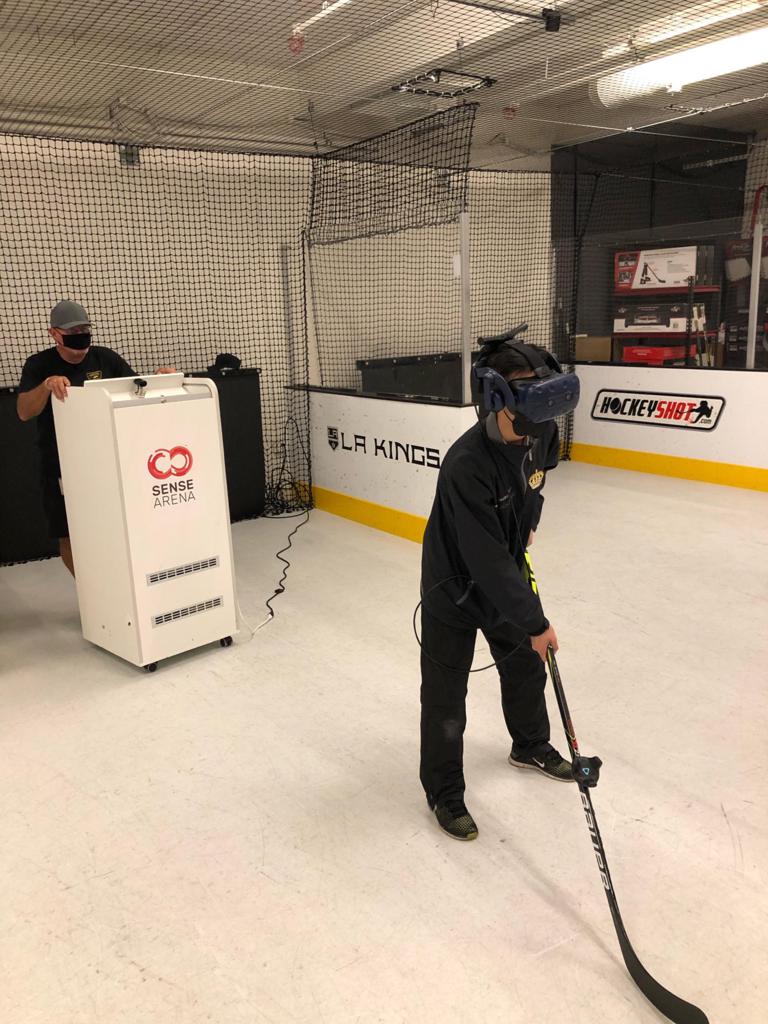 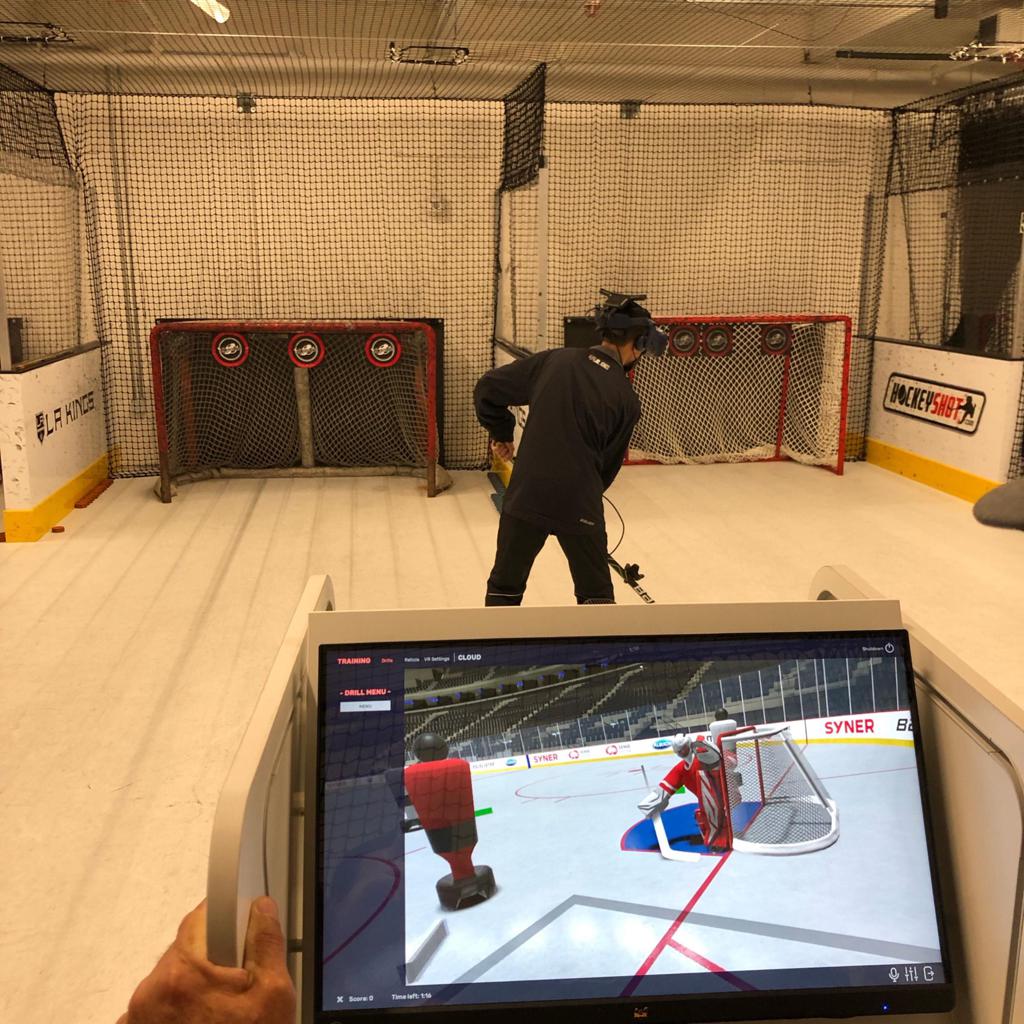